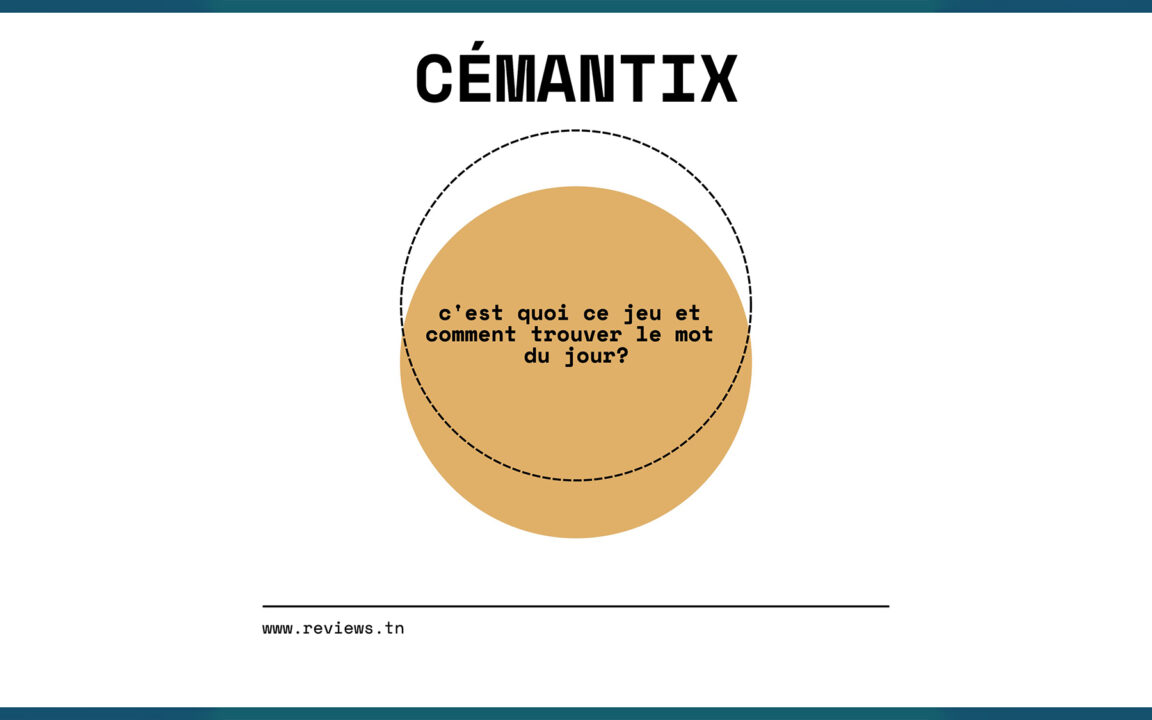 Cémantix: what is this game and how to find the word of the day?

Cemantix and word of the day: Cemantix is ​​a fun and rewarding online game that has been very popular with word game fans in recent months. If you're looking for a quick, yet interesting little game that doesn't take too long, then Cemantix is ​​for you.

With this game, you must guess a word of 5 letters in six moves maximum by making suggestions and finding the letters that correspond. You can play alone or with friends and it's a great way to have fun and challenge yourself. If you want in learn more about this game and how to find the word of the day, keep reading.

Cémantix is ​​an online game that appeared in 2022 and is similar to Wordle. Inspired by David Turner's "semantle" game, the object of the game is to find the secret word by trying to get as close to it as possible.

It differs from other Wordle clones in that it provides a hint by indicating the percentage of words in the same field as the one you are looking for.

This game provides daily challenge to players. Indeed, each time you find a word, a new word is proposed to complete the field. This allows players to test their knowledge and those who don't have time to play Wordle to have fun on Cémantix.

The game is quite unique in that it is very different from other online word games. Instead of giving words that must be found, Cemantix throws words blindly and the player must find the secret word by matching the words that are given. This game is particularly sadistic because it has a certain logic.

The goal is simple and similar to Wordle: find the word of the day from its lexical field. However, the game is much more difficult than other online word games because it forces you to think outside the box. For example, an adjective and its opposite may be given and you need to find the word that connects them.

The game can be played for free alone or in a group from the following address:

On the Cémantix site, the only explanation is: “The goal of the game is to find the secret word by trying to get as close to it as possible contextually. »

The game is quite addictive and very interesting. It can be played alone or in a group and offers stimulating challenges for players. Also, the fact that it's free and easy to use makes it a great game for everyone. While other online word games are often too simple and easy to understand, Cemantix allows players to develop their logical skills and vocabulary.

How the game works: One day, one word

At midnight, a new word appears. Let's not assume that we will be able to find the word in just a few strokes. It will take a lot of testing, believe us! A classification will be displayed so that we can see our position among the players who have found the word of the day. The number of attempts we have made will not impact our score.

As mentioned, the Cemantix game is a word game inspired by David Turner's "semantle" game. The goal is to find the secret word trying to get as close to it as possible. But it's not the traditional guessing game: here you don't guess the exact spelling of the word, but rather the general meaning and context.

Once you find the secret word, you will get a grade based on the number of correct words you entered and the temperature of your words. The closer you are to the secret word, the more points you will get. You can also invite your friends to play with you and compare your scores.

Cémantix is ​​a very popular guessing game. It's about finding the secret word, without knowing it, trying to get as close to it as possible contextually. Players will therefore have to use their creativity and knowledge of the vocabulary to find the word.

In order to play Cémantix, you must first choose a word according to its category. Then you will have to write a word that you think is the equivalent of the word you are looking for. If the word is correct, a progress index graduated from 1 to 1‰ appears.

If you get stuck, you can use additional hints. You can also ask friends and family for help. Once you have found the word, you can move on to the next category.

Cemantix is ​​a very entertaining game that can be played alone or in a group. It's easy to learn and play and can help you improve your vocabulary skills.

But, is it possible to find the Cémantix word of the day solution easily? If you are tired of searching (like most internet users) I invite you to read the following section.

How to find the word of the day (Solution)

Now that you know more about Cémantix, find out how to find the word of the day on this addictive game.

The letter game Wordle was a hit when it was released in 2018 and has inspired many other word games based on the same premise. This is how SUTOM was born, the French letter game which takes up the original concept but in a French version.

Le SUTOM is a simple yet addictive word game played online. It consists of words and letters, with a limited number of tries to find the word each time. The game is also based on the principle of mastermind, since each word has color-shaped clues to guide you.

This mechanism made the success of the game which was quickly declined in the form of mobile applications, which allowed millions of players to have fun thanks to SUTOM. This adaptation also allowed a new form of play, the Cémantix, which is a more complex variant of the original game (and more semantic).

In the same spirit, Cémantix is ​​a word game played on a grid of four-letter words. The letters can be changed to form different words. Players must find the longest possible word using the available letters and given clues.

These three word games, Wordle, SUTOM and Cémantix, have become very popular with players of all ages and backgrounds. They are simple to understand and provide a fun and challenging distraction. These games are accessible to everyone, whether on computer, tablet or smartphone.

Thus, the small daily word games such as Wordle, SUTOM and Cémantix have been very successful. These games are a fun way to boost your memory and have fun online with friends. So, it's up to you!