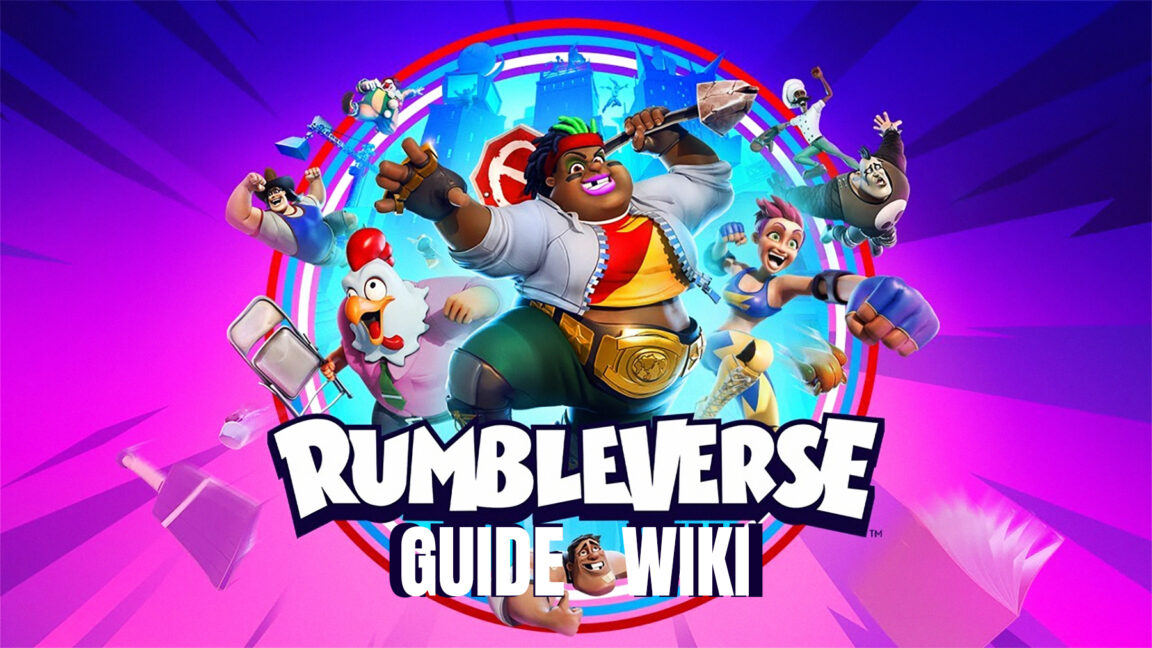 Rumbleverse: All about the all-new free-to-play Brawler Royale

Rumbleverse, the professional fighting game from Iron Galaxy and Epic Games, launched on August 11. The free-to-play game, which mixes the latest fantasy of Fall Guys with the cartoonish violence of a WWE PPV, is available on PlayStation 4, Playstation 5, Windows PC, Xbox One and Xbox Series X. In this article , we are going to cover everything you need to know about this new game: Gameplay, Release Date, Consoles, Price, Beta, Crossplay and more.

Epic Games' free-to-play catalog scares the competition, with Fortnite, Rocket League and Fall Guys all being must-have juggernauts. They will be joined by a new experience that will have to make its mark, Rumbleverse, a Battle Royale for up to 40 players based more on the hand-to-hand combat signed Iron Galaxy Studios.

rumbleverse is a whole new free-to-play Brawler Royale in which 40 players compete to become champion. Play as a citizen of Grapital City and forge a reputation with big swings!

Customize your wrestler with hundreds of unique items and impose your style. Get propelled by a cannon, land in the streets and get ready to fight! Your landing depends only on you, but be careful, chaos awaits you around every corner and no height will save you from it!

Jump from rooftop to rooftop and smash crates to find weapons and upgrades.

Each round is an opportunity to discover new holds and assets that will give you the edge in your quest for glory.

The basics of the Rumbleverse will be familiar to you: 40 players pounce on a gigantic map, scavenge for loot, then battle it out, until only one person remains. But Rumbleverse doesn't just cut-and-paste its gameplay, and therefore changes just about every element of this well-established formula in interesting ways.

First of all, there is no traditional equipment or inventory – no guns, no armor, no grenades, and no hyper-specific attachments or augments to deal with. Instead, you fight with your fists, your feet, and whatever road signs you can tear off the ground. (There's loot to pick up though: rather than scavenging for gear, you pick up protein powders that boost your stats and improve your health, stamina, or damage; you also pick up skill manuals that teach you a variety of special moves).

What I love about all of this is that Rumbleverse completely eschews that feeling of helplessness that comes with nearly every battle royale at the start of a match when you're stuck unarmed. This makes early engagements so much more fun when you drop into a hot starting area - you don't have to immediately run and try to find the closest weapon to defend yourself with.

See also: MultiVersus: What is it? Release Date, Gameplay and Information

Keeping the minimum specs required in mind, we understand that you can easily play Rumbleverse on any low-end device without any difficulty. But the game requirements may change in the future as the game is currently in early access period.

rumbleverse supports controllers on PC. The game is also compatible with mouse and keyboard for those who like it.

Like many other battle royale games, Rumbleverse is completely free, free-to-play. Currently, the game is available on PS4, PS5, Xbox One, Xbox Series X|S, and PC. This means that gamers using these platforms can play the game without spending a single penny.

If you are waiting for this original battle royale, which offers almost no weapons, know that Rumbleverse was released on Thursday 11 August 2022. This arrival is, as indicated, in free-to-play, on PC, through the Epic Games Store, and the PlayStation and Xbox consoles. The Rumbleverse Season 1 release date and time is Thursday, August 18, after 6am PDT / 14pm BST.

Rumbleverse is available on PC and consoles, including Xbox One, Xbox Series X/S, PlayStation 4 and PlayStation 5. No word has been said on a Nintendo Switch release, but the game seems like the perfect fit for the console parlor and pocket.

🎮 Playing in Crossplay, is it possible?

👪 Rumbleverse in trio and squad