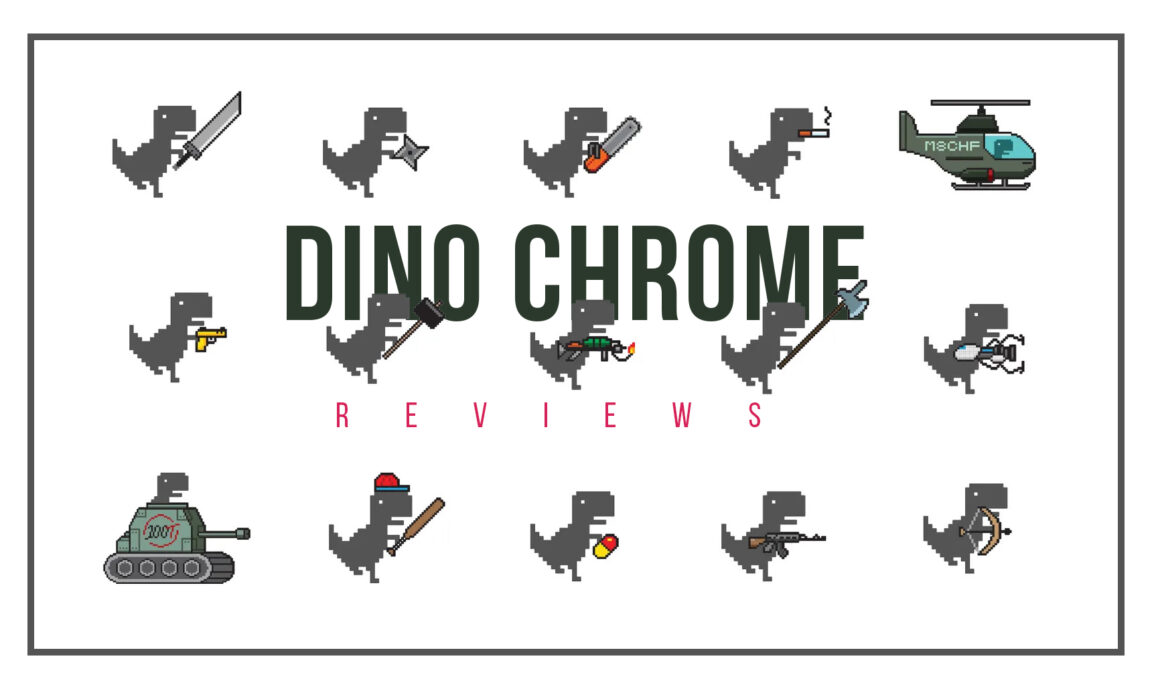 Dino Chrome: All About the Google Dinosaur Game

Everything you need to know about the Google Dinosaur Game : TRex Game ou Chrome Dino, game of the year 2014, a very popular game among Chrome users. This easter egg normally only appears when there is no internet connection. The aim of the game dinosaur games is simple: avoid obstacles by jumping the little dino. And the further you go, the more points you accumulate.

T-rex google game what is it?

The game consists ofa simple running dinosaur that has to jump over cacti and go under pteranodons. T-Rex Runner is an 8-bit platform game, in which you play as a small dinosaur. To survive and accumulate points, he must avoid obstacles on his way. Game speed also increases as you progress. In addition, it should be noted that the game switches to night mode when the 700 points are crossed, and this for the next 100 points.

To play the original version of Google dinosaur game without having to cut the internet connection, you must type in the chrome address bar the url: chrome: // dino /. The game starts instantly. This page offers a full-window "arcade mode" for an enhanced experience.

Moreover, to play the little pixel dino of arcade games, nothing could be simpler. For that, you just have to go to this website. You will then see a simple window displaying exactly the mini-game as on the browser when you are out of internet. But this time, you can play it indefinitely!

In fact, you can find high scores from players around the world. It's up to you to beat them so you can get your name on the board. And as a bonus, the site offers T-Rex Runner game mods. These allow you to play the same game, but in a different setting and with a different character: Naruto, Godzilla, Nyan Cat, Halloween or Santa Claus.

There are also other reliable sites to play google dinosaur game online for free. Here are the best addresses:

Google understands your pains and provides cool entertainment to fill the time as your connection tries to come back to life: Chrome Dinosaur Offline Game. The biggest advantage of this game is that it can be played without the Internet.

The game can be started in Chrome browser on desktop and mobile without internet connection. Control is the easiest: when you see this black dinosaur in your browser meaning there is no internet connection, just click the spacebar to launch the game. The spacebar is also used to jump over obstacles. The down arrow is used to dodge. If you're on mobile, just tap on the little Chrome Dino to spring into action and avoid obstacles.

To read : +31 Best Free Android Offline Games & ROBLOX – How to get Robux for Free and without paying

What is the highest record on T-Rex game?

Do you want to reach the first podium on T-Rex Game? Survive through game obstacles to amass the maximum score of the game, which is 99,999 points. But to get there, you must adopt techniques that evolve as the game progresses.

Chrome Dino game is very simple, challenging and addictive. It's an endless running game, like a fixed online version of Temple Run, without levels. There is literally no end: if you reach the maximum possible score of 99, the game resets itself.

Dino Chrome: The highest possible score is 99, but that's a tough goal to achieve unless you're an avid player.

Tips to get high score at google dinosaur game

Players suggest some main methods to get better scores in google dinosaur game. Some of the high scores are achieved by players who have cheated in the game, which isn't hard to do. Others come from non-human players. It's easy to create an AI/Bot to beat a game as simple as this. Here are the best tips we found:

Beyond that, it's like most classic video games: a pure test of reflective skill, like digital pinball. Practice, fluidity and concentration lead to the best scores. You can also cheat in this game, but it's hard to see the point.

Read also : Top 10 Best Play to Earn Games to Earn NFTs & How to get special cosmetics in Slither IO?

This is not a top or bottom start. These cheats all require opening the Chrome console.

Start with the "No Internet" page, whether it's because your Internet is really down or because you typed chrome://dino/ to get there. Right-click or CTRL-click anywhere and select Inspect to open Chrome DevTools. You can also type CTRL-Shift-J on Windows, Linux, or Chromebook computers, or CTRL-Option-J or CMD-Shift-C on Mac, to open Dev tools.

Once open, select the Console tab and you will be able to edit the code that runs in the Chrome window you have open.

Once the console is ready, all you have to do is copy and paste some code into it.

To change your dino's movement speed, paste this code:

Try changing the number in parentheses to set your speed to a level you're comfortable with.

Change the height of your jumps

To change the height of the dino's jumps, use this code:

Again, experiment with the number in brackets to find a jump high enough to clear obstacles, but low enough to shave precious milliseconds off your reaction time.

To make your dino cactus proof use this code. It is in three parts, and you have to press the Enter key after each command.

First, copy and paste this code:

This lets you control what happens when you press the "game over" command in the original code. Now you can dictate what happens next.

Press return, and paste this code:

This makes the "game over" function empty, so when you use it, nothing happens.

That means there's no way to stop the game, though. If you just want to exit, you can close the tab or the window. If you want to stop the game and keep your high score, you can use this code:

This puts everything back to how it was before.

Turn the Google Dinosaur into Sonic

If you "modify" Google's dinosaur, you can turn it into Sonic. Tired of Dino and want to give another face to the main character of T-Rex Runner? You can change Dino for another iconic character who is also used to running avoiding obstacles: Sonic.

Sega's Blue Hedgehog can become Google's Game Star with a code you can easily redeem. The steps to switch from Dino to Sonic are as follows:

Finally, this game is not incredible but when you come across it because your internet connection has crashed and it can happen to you from time to time, finally nothing is more sympathetic than this strangely cute little pixelated dinosaur.

Journalist passionate about words and all areas. From a very young age, writing has been one of my passions. After a complete training in journalism, I practice the job of my dreams. I like the fact of being able to discover and put on beautiful projects. It makes me feel good.