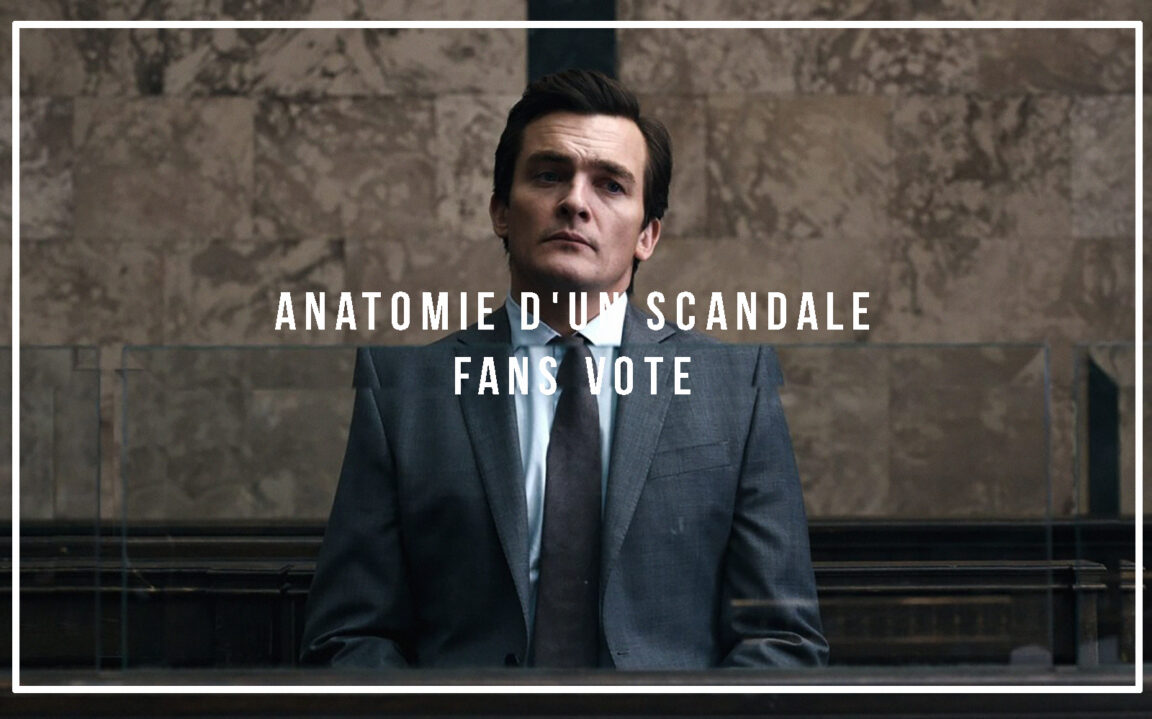 Anatomy of a Scandal: Vote to Choose the Best Actors and Characters

David E. Kelley and Melissa James Gibson adapt Sarah Vaughan's novel to lay bare British high society and the undersides of a perfect couple, who are shattered after accusations of rape.

Today we organize a open vote to elect the best actors, actresses and characters of the flagship Netflix series Anatomy of a Scandal, according to viewers.

Anatomy of a scandal: Who are the best actors and actresses?

Anatomy of a Scandal is a British anthology drama mini-series developed by David E. Kelley and Melissa James Gibson for Netflix. It is based on the novel of the same name by Sarah Vaughan. The series consists of six episodes and was released on April 15, 2022. Let us know which are the best actors, actresses and characters in your opinion!

What is the Anatomy of a Scandal series

James Whitehouse is the symbol of success. Very handsome, intelligent, athletic, this quadra is Minister of the Interior in the British Conservative government, after brilliant studies at Oxford. Married to Sophie, a pretty blonde met on the benches of the university, he is the father of two children, a girl and a boy. Even the Labrador and the au pair are part of the decor of this perfect family of the English elite. Too perfect...

"Anatomy of a Scandal", the new Netflix series put online this Friday, April 15 and taken from the eponymous bestselling novel by Sarah Vaughan, quietly puts its pawns in the first minutes. Before everything changes. One evening, in the corridors of Westminster, the world of James Whitehouse comes crashing down. His wife is waiting for him at a social event in uptown London. A glass of champagne in hand, dolled up, the English “upper class” talks about vacations by the sea while eating petits-fours. Sophie receives an SMS: “Something happened. Join me at home. The facade creaks.

At their beautiful central London residence, James recounts. He had an affair with a parliamentary attaché. It's the first time, he swears. The case will come out in the press. But the worst is yet to come. The young woman, Olivia Lytton, filed a rape complaint against the minister. A legal drama begins, where Sophie discovers the true face of the man she loved and thought she knew.

Don't forget to share the vote with your friends!